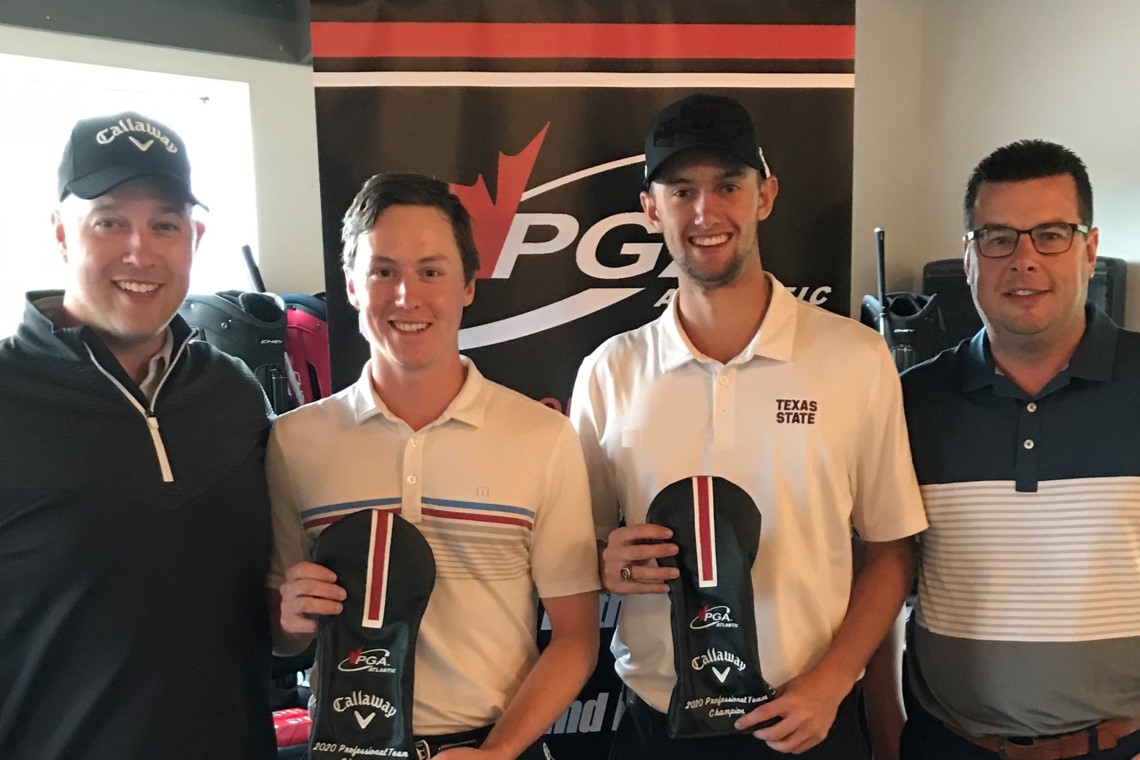 A second consecutive 12 under par 59 gave them a 3 shot victory overcoming first round leaders Brian Affleck of Antigonish and Devin DeBay of Fox Harb’r who finished T2.

The team of Gordie Smith and Jeff MacDonald both of Ashburn and Scott Frizzell and defending Zone Champion Bradford Curren of Avon Valley were tied with Landine and Ross after round one but were not able to keep pace finishing 4th and 6th respectively.

Tanner Gayton of Penn Hills and Alex Egan of Fredericton put together consistent rounds of 60-61 to finish T2. Rounding out the Top 5 was another Ashburn Team of Jarrod Romyn and Jordan Ells.

Darren Ritchie and his son Nick from the Hampton Golf & CC played flawlessly to win the 2020 Callaway PGA Atlantic Amateur Team Championship. Their consistent scores of 60 for each day left them two shots in front of the Ashburn team of Jamie Sweet and Patrick Gillis and the Abercrombie Team of Devan MacDonald and John David Coffin.